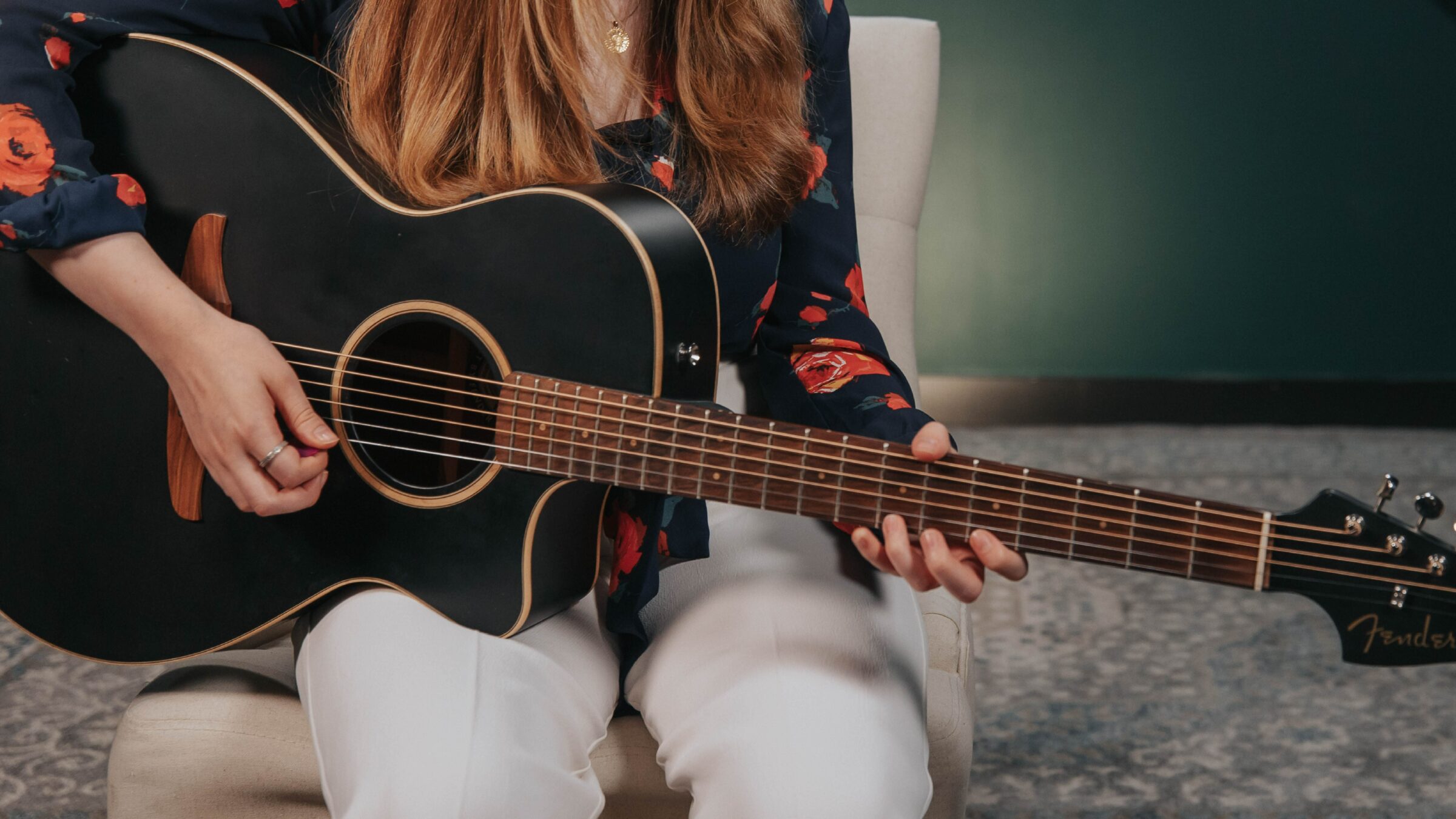 If you’ve ever had any interest in playing guitar solos, then scales are about to become your best friend. Almost every great guitar solo you’ve heard comes from scales. This can be particularly daunting for beginner and intermediate guitarists because scales aren’t as easy to make sense of as guitar chords.

So we’ve made this guide for guitar players that are new to lead guitar and want to know the five most important scales and how to use them to play amazing guitar solos and licks. Let’s not waste any more time and get into the first video lesson!

This video is a great overview of the five most commonly used guitar scales in music. These are the shapes that many of your favorite famous guitar solos are born from. Each one will be the “A” version of the scale, however, by simply shifting the shape up or down your fretboard you can play in any other key. We’ll get into this more later in the guide. For now, let’s get into the first shape!

If you’re reading this, you’ve probably heard the term “major scale” many times. Not only is it a scale shape for solos, but it’s also a scale that makes up the foundation of all western music. If you’d like a deeper dive on the major scale and its importance, you can check out our Guide To The Major Scale On Guitar.

There are a number of different major scale shapes you can learn on the guitar but this is probably the most common and definitely the most useful. Here’s the scale diagram:

This major scale shape spans all six strings which makes it especially useful for crafting riffs and solos from. You’ll notice there are three black notes in this scale. If you’re not familiar with them from other diagrams, they are called root notes. Root notes are the notes that share the same name as the scale or chord. In this example, the root notes are A notes since it’s an A major scale.

You can see in the diagram that the seven-note major scale is repeated just over two full times and starts and stops with the black notes. This scale shape might take you some time to get down since there is only one point where the single string pattern is repeated. Try working on this scale two strings at a time. Once you get each pair committed to muscle memory, you can start combining them into the full shape.

The pentatonic scale is THE guitar scale. While it’s used on just about every other instrument, it’s especially effective on the guitar because of how the scale is laid out in a box-like shape. We have a full pentatonic scale breakdown available for you if you want to dig a little deeper. Check out our Guide To The Pentatonic Scale On Guitar.

The major pentatonic scale is almost exactly the same as the major scale. The only difference is the absence of two of the seven notes – hence the prefix “penta”. Here’s the shape:

You can see that the major pentatonic scale is almost identical to the major scale shape you already know. The only thing you need to do here is leave out a few notes. The absence of these additional notes makes the entire shape only two notes per string. This makes it much easier to get under your fingers.

Don’t worry too much about using this method to build the scale shape, however. We’ve got the proper minor scale shape for you right here:

This is another scale that takes a little longer to get under your fingers since the strings have three notes each with the exception of the D string. Practice this scale two strings at a time before combining them together to play the full shape.

You already know what pentatonic means, and this is just the minor equivalent to the major pentatonic scale. It’s the same as the natural minor scale but just missing a couple of notes. This is the easiest scale to physically play on the guitar and if you’re only going to use one scale for soloing, this is the one! Here’s the scale diagram:

The great thing about this scale is all the repetition from string to string. It’s very easy to memorize and even easier to play. We go into more depth on the minor pentatonic scale in our Guide To The Pentatonic Scale On Guitar that we linked earlier in the article.

The last of the five essential guitar scales is the blues scale. And don’t worry, the blues scale is not only for playing the blues. It’s great for just about every other genre as well!

And that’s a wrap for the five essential guitar scales. Now that you’ve got them down, we’re going to jump into a lesson on some tips for how to use them!

This guitar lesson is going to be using the A major scale shape to illustrate all eight tips. You should already know it, but if you don’t, here’s the diagram again:

It might seem a little obvious at first, but we’re not talking about just remembering how to play the scale without looking. You need to internalize a scale to the point that your body fully programs the shape into its muscle memory. If you’re new to learning scales, this might take a while. Be patient and don’t worry about speed until you have the scale is fully dialled in.

Root notes are kind of like the home base of a scale. If a scale shape spans more than two or three strings, it’s likely to repeat the root note. This means you’ll need to memorize multiple root note locations within a full shape. It’s best to think of these root notes as a way to orient yourself when you get lost while improvising or playing a guitar solo.

Typically, if you’re playing a scale that fits over a song, that scale will contain all the notes contained in the chords of the song. These notes are called chord tones. Emphasizing these chord tones can help tie a lick or riff into a particular chord progression. Interaction with chord tones tends to be the difference between a good and a great guitar solo improviser.

Guitar is an instrument made up of intervals. And playing a scale up and down with no variation sounds pretty lifeless. This is where intervals come into play. To play intervals, all you need to do is skip one or more notes in the pattern. This turns a series of notes into a musical melody. Here’s an exercise you can use to start hearing the differences between the different intervals:

Sequencing refers to a repeated pattern used to play through a scale. Sequences are particularly helpful when you’re trying to play through a group of notes very quickly while also breaking the monotony of the scale. Here’s one for you to try using the A major scale shape you already know:

The best lead guitar players are great at forming memorable melodies out of the notes they play. The best way to start developing this skill is to sing what you play. At first, you can just sing along to the scale as you play it. Eventually, you’ll be able to move onto singing simple melodies and then repeating them on the guitar.

Music theory is an absolutely essential part of understanding and playing scales. Actually knowing what you’re playing and why you’re playing it can really come in handy when you’re writing and performing your own original music.

Practicing without any form of accompaniment gets boring fast. But beyond just being boring, it’s not going to give you the feeling that you’re actually playing music. There is a downloadable jam track underneath the video above that you can practice all of these exercises along to. Not only is it more fun, but it’s going to help you develop your musical ear as well!

What Do I Do With All These Scales: The Major Scale

Dive deep on the topic of the major scale and learn all the things you can do with it on the guitar. You’ll learn to use it in more keys, improvise with it, and you’ll also get access to a few of Nate Savage’s favorite major scale licks.

What Do I Do With All These Scales: The Major Pentatonic Scale

If you want to know more about how to use the major pentatonic scale, this is the lesson for you! Complete with downloadable tabs, diagrams, and jam tracks, you’ll be a pentatonic master in no time.