How Beginner Guitar Chords Are Made 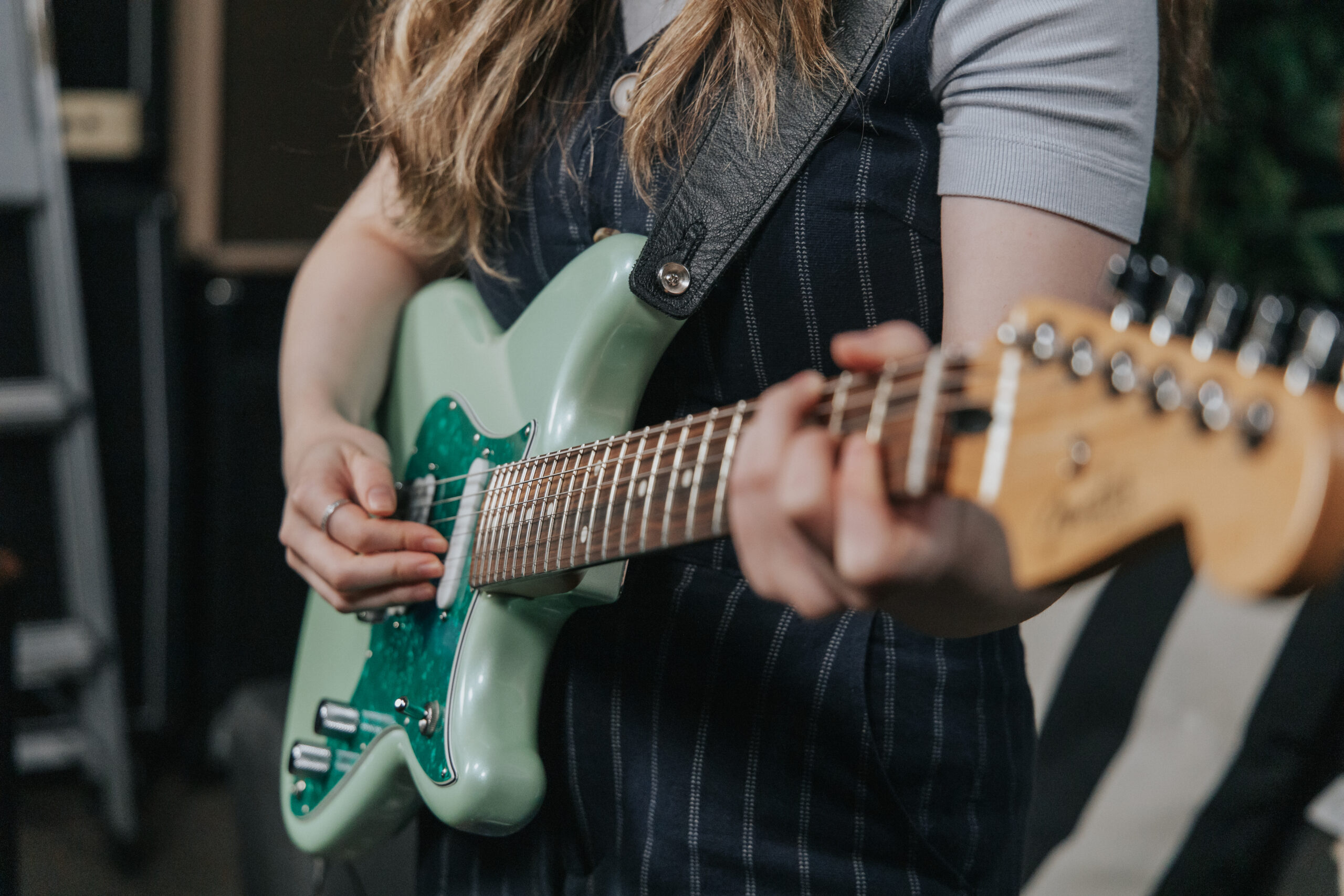 As you probably already know, chords are the building blocks of almost all music. A typical song is made up of one or more series of chords that repeat. But how are these chords created? They aren’t just random notes thrown together or convenient shapes you make with your hand. These shapes are built up of individual notes that combine to make a more complex sound.

In this guide, we’ll be taking an in-depth look at how guitar chords are made. Specifically, we’ll be looking at major and minor chords as these are the basis for all of the more complicated chords you’ll learn later in your guitar journey.

Before diving into these lessons, we’d recommend you have the basics of music theory for guitar down. A good place to learn those concepts is with our Guitar Music Theory Crash Course. With that out of the way, let’s get into the first video of the guide.

How Major Chords Are Made

Major chords are a great place to start since they are the most common chords you will encounter as a beginner guitar player. The first step to understanding how major chords are made is to get familiar with the term “triad”.

Major and minor chords in their simplest form are often referred to as triads. This is because they contain only three different notes. When a major or minor guitar chord contains more than three notes, it’s simply adding repetition to the notes that already exist in the triad.

For example, a G major triad contains a G, B, and D note. But when you play a G major chord you’re strumming all six strings of your guitar. This is because the chord shape includes three G notes, two B notes, and one D note.

It doesn’t matter how many repetitions of a note a chord has and these repeated notes only lend themselves to making the chord richer or thicker. That means when building a chord, your focus should simply be on building the triad.

The first method you’ll learn for building a major chord is called the major scale method. This system begins by spelling out a major scale for the chord you want to make. If you know your basic music theory for guitar then this shouldn’t be too hard for you. If you don’t know how to spell out a major scale, be sure to watch our Guitar Music Theory Crash Course.

All you have to do from here is combine the three circled notes to create your G major triad. So G, B, and D make up a G major chord. As long as those three notes are there, then any combination, including repetition of one or more of those notes, results in a G major chord. Let’s look at a standard G major chord shape so you can visualize it.

The next method we’ll use to learn how major chords are made is called the stacking thirds method. This is the method you’ll use most commonly when building and deciphering chords in the future since it’s not so reliant on a specific scale. This method uses something called intervals.

An interval is any space between one note and another. Each possible distance has a different specific name assigned to it. Here is a list of all the intervals.

To create a chord out of these intervals we do exactly what the name of the method implies: we stack thirds. Starting with the root note of the chord, we stack a major 3rd on top of it, and then a minor third on top of that.

Starting with the G note and going up a major third, we get a B note. Then we stack a minor third on top of the B. A minor third up from a B note is a D. Giving us the notes G, B, and D. As you can see, you get the same three notes you would get if you used the major scale method. Let’s do it for the two other chords we came up with earlier.

Starting on a D note stacking a major third then a minor third gives us D, F#, and A. Using a piece of paper and a pen or pencil to write the diagram out can be really helpful when you’re coming up with these on your own.

To round things out we’ll use the stacking thirds method for our F Major chord. Using this method gives us an F, A, and C note. Every F major chord will contain these three notes.

That’s it for major chords. Let’s take a look at minor chords in the next video lesson!

How Minor Chords Are Made

Minor chords are the other incredibly common type of guitar chord you’ll come across. These chords are made in much the same way as major chords with one small difference. It’s all based on a minor scale.

We’ll be using the exact same strategy we used for the major scale method where we take the first, third, and fifth notes of the minor scale to make our minor chord. Let’s start with one of the most common minor chords on the guitar, A minor.

There isn’t much more you need to learn to master this method for finding the notes in a minor chord. It’s simply about writing out the scale and circling the notes. Our A minor chord contains A, C, and E notes. Remember, in most guitar chord shapes these notes will be repeated multiple times.

Just to really drive the point home, let’s do this method with one other chord. For D minor, you have D, F, and A notes.

This alternative method for making minor chords is almost identical to the stacking thirds method you used to make major chords. The only difference is that you switch the order of the stacked thirds.

Start by writing down your A note. On top of it, stack a minor third, giving us a C note. Follow that up with a major third and you get an E note. We’re left with an A, C, and E note. These are the notes that make up an A minor triad.

For our final chord, we’ve got a D minor. Remember to start your stack with a minor third since it’s a minor chord. Stack the final major third on top of that and you’ve got your D minor chord which is made up of a D, F, and A.

We’ll be wrapping up this guide with a few more important parts of building chords. The first one involves using intervals to make chords. This is much like the stacking thirds method, but instead of basing the second interval off the second note, you’ll base it on the first one.

For example, let’s take a D minor chord. We know that it contains the notes D, F, and A. Well, the distance between the first and the third note in the chord is a perfect fifth, which you learned about earlier in the guide. This means, instead of stacking thirds on top of one another, you can just take a minor third and a perfect fifth from the root note, and you’ll have a minor chord.

In the same way, you can do this with a major chord as well. The only difference is the first major third. Following that, your third note will be a perfect fifth from your first (root) note.

This method can sometimes be a little bit more efficient when you’re trying to quickly decipher the notes in a chord.

How To Make Seventh (7th) Chords

Now, you might be wondering about the other chords beyond just major and minor. Major and minor triads are the foundation of these fancier chords, and in most cases, the name will tell you exactly which notes you’ll need to include.

For example, a major 7 chord just means that you’ll add a major seventh interval (from the root) to the chord.

So if you wanted to play a G major 7 chord, you’d add a major seventh, which is an F# note. Here’s what that chord would look like:

We’d do the same thing for a minor 7 chord. A D minor 7 would include the minor seventh interval from the root.

That covers the most common chords you’ll come across playing the guitar as a beginner. There are plenty of other fancy chords and most of the time you can tell how that chord is made simply by looking at its name. We hope this guide helped you to understand the basics of how guitar chords are made. Happy playing!

Major vs Minor – Can You Tell The Difference?

Develop your ear and dig a little deeper into the differences between major and minor chords. You’ll also get some insight from Ayla Tesler-Mabe about triads and their importance when it comes to playing the guitar.

5 Most Beautiful Chords For Beginners

Learn five of Ayla’s favorite beautiful guitar chords. The great thing about these special chords is that you can play them even if you’re a beginner!

Get instant access to 9 of our premium members-only guitar courses totally free! Just click the link above and pop your email into the box and we’ll send them right to you. Learn how to play guitar solos, change between chords, read music, and more!