A Guide To The CAGED System On Guitar 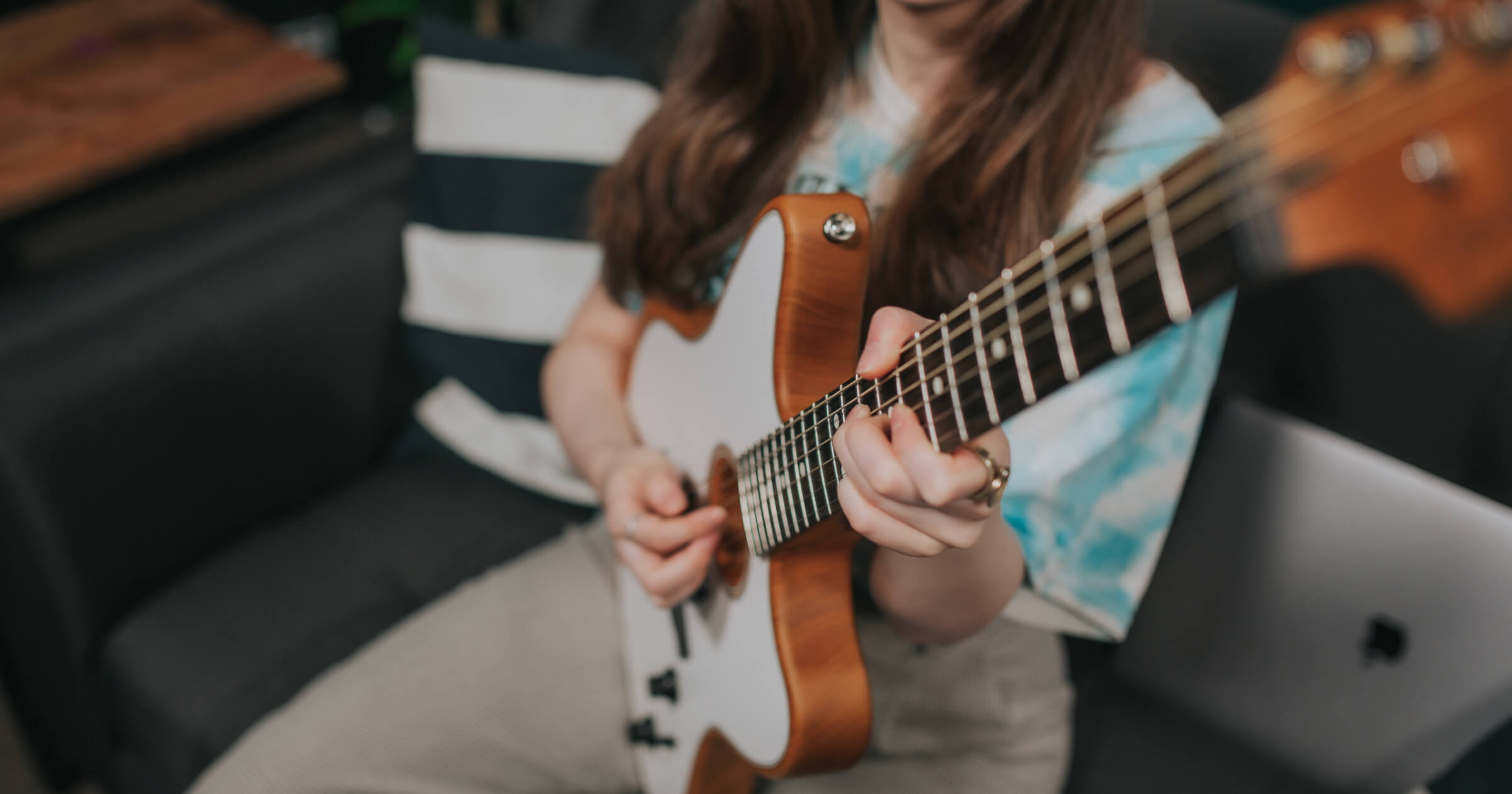 In this beginner guitar guide, we’ll be dissecting one of the primary methods of guitar fretboard navigation. This method is called the CAGED system. The CAGED system or CAGED sequence utilizes repeating open chord shapes that ascend (and descend) the guitar neck. This navigation method pairs well with other systems for playing up and down the fretboard and is used in both rhythm and lead guitar applications.

We’ll be using two different videos to break down the CAGED system. One focuses more on the basics and on this method’s uses for rhythm guitar. The other video takes us into the realm of lead guitar and shows us how we can combine pentatonic scales with the CAGED system to further understand the fretboard and play guitar solos.

It all starts with something you’re likely familiar with: open chords. In this case, we’re specifically using open major chords. As the acronym makes clear, the open chords used are C major, A major, G major, E major, and D major. If you’re not already familiar with open chords, we suggest you get started with our Beginner Guitar Quick-Start Series.

Here are the diagrams of the basic open chord shapes that make up the CAGED system.

The next step involves another beginner guitar concept that you should be familiar with. If you need help with your bar chords, we recommend checking out our Rhythm Guitar Quick-Start Series.

The CAGED system isn’t so much a way of playing but more so a way of mapping the notes on the fretboard using shapes you already know. So some of these bar chord shapes may not be super useful on their own. However, they’re part of a system that will help you to better understand the connection between chords and scales within a particular key.

The important thing here is that you don’t just let the open strings ring out. Since you’re raising the shape, you’ll need to compensate by either using a capo, barring, or muting the open strings. Barring is what we’ll be using throughout this guide.

Now that you know which open chord shapes to use and how the moving bar chords work, we can look at how it’s all connected. The order of the acronym “CAGED” actually matters. To learn this, we’re going to take a look at a new video lesson.

Once you’ve fully internalized the concept of these connected chord shapes within the CAGED system, you’ll have access to five different shapes for each chord.

The second half of this video from Scott Paul Johnson gets into how this applies to lead guitar. You can take this new connected CAGED roadmap, and break it back up into chords with a corresponding pentatonic scale shape.

The chord tones (notes specifically in the C major chord) are highlighted in red. The white notes are the other notes in the C major pentatonic scale that aren’t chord tones. This should help you clearly visualize each shape from the CAGED system.

The next shape fits over our A shape C major chord.

Following our A shape is the G shape. This is our standard minor pentatonic shape that you might already be familiar with from other guitar lessons.

This pentatonic scale shape fits right over your E shape C major bar chord. This is a handy one when you’re switching between rhythm and lead guitar.

The final shape sits on top of our D shape C major chord.

Using The CAGED System In Other Keys

Just like almost everything else on the guitar, the CAGED system can be moved around freely. The names of the notes will change, but the shapes remain the same no matter where you are.

It’s important to remember that the pentatonic scale you’re playing only corresponds to the key of the song, not each individual chord in a song.

You might be wondering why we’ve only covered major chords so far. Thankfully, this is because it’s so simple to use CAGED for minor chords. As long as you know the minor open chord shapes, then every single thing you’ve learned is the same. So instead of making an E major or D major shape, you’ll make an E minor or D minor shape. It’s that easy.

What Is The Best Fretboard Navigation System?

To wrap things up, we should quickly mention the other methods for navigating the guitar fretboard. The CAGED System isn’t the only method for moving around. The other primary methods are the 3-note-per-string method and the intervallic method.

The 3-note-per-string method uses small 3-note patterns from the major scale to cover the fretboard. This system tends to be a favorite among shredders and rock guitar players as it’s quite easy to use for fast runs and licks.

If you want to start diving into the 3-note-per-string method, check out this lesson: 7 Essential Scale Shapes

The intervallic method is a much more advanced method and involves ditching shapes altogether. That means you’re reliant solely on your ear to play. This method is great for augmenting the 3-note-per-string or CAGED system. We don’t recommend going this route alone unless you have spent a lot of time ear training.

In the end, it’s up to you which method you use, but a balanced combination of all three seems to be the best bet for most guitar players out there.

No matter what genre of music you’re interested in, the CAGED system will open up many doors for you as a guitar player. So your next steps are totally up to you! Here are a few lessons we recommend.

Get 9 fully-loaded video courses from Nate Savage for free! Learn how to play your first song, change chords smoothly, play guitar solos, read music, and more with this totally free bundle of lessons.

How To Master Bar Chords

In this lesson, Ayla Tesler-Mabe digs into some tips and tricks for mastering one of the most daunting beginner and intermediate guitar challenges: bar chords. Since it’s a key part of the CAGED System, you might want to take some time to improve your bar chord skills with this video.

Join Ayla Tesler-Mabe for a lesson on playing guitar solos! You’ll use a 12-bar blues progression to level up your lead guitar playing and turn boring scale shapes into tools you can use to create your own expressive guitar parts.