How To Master The F Chord On Guitar 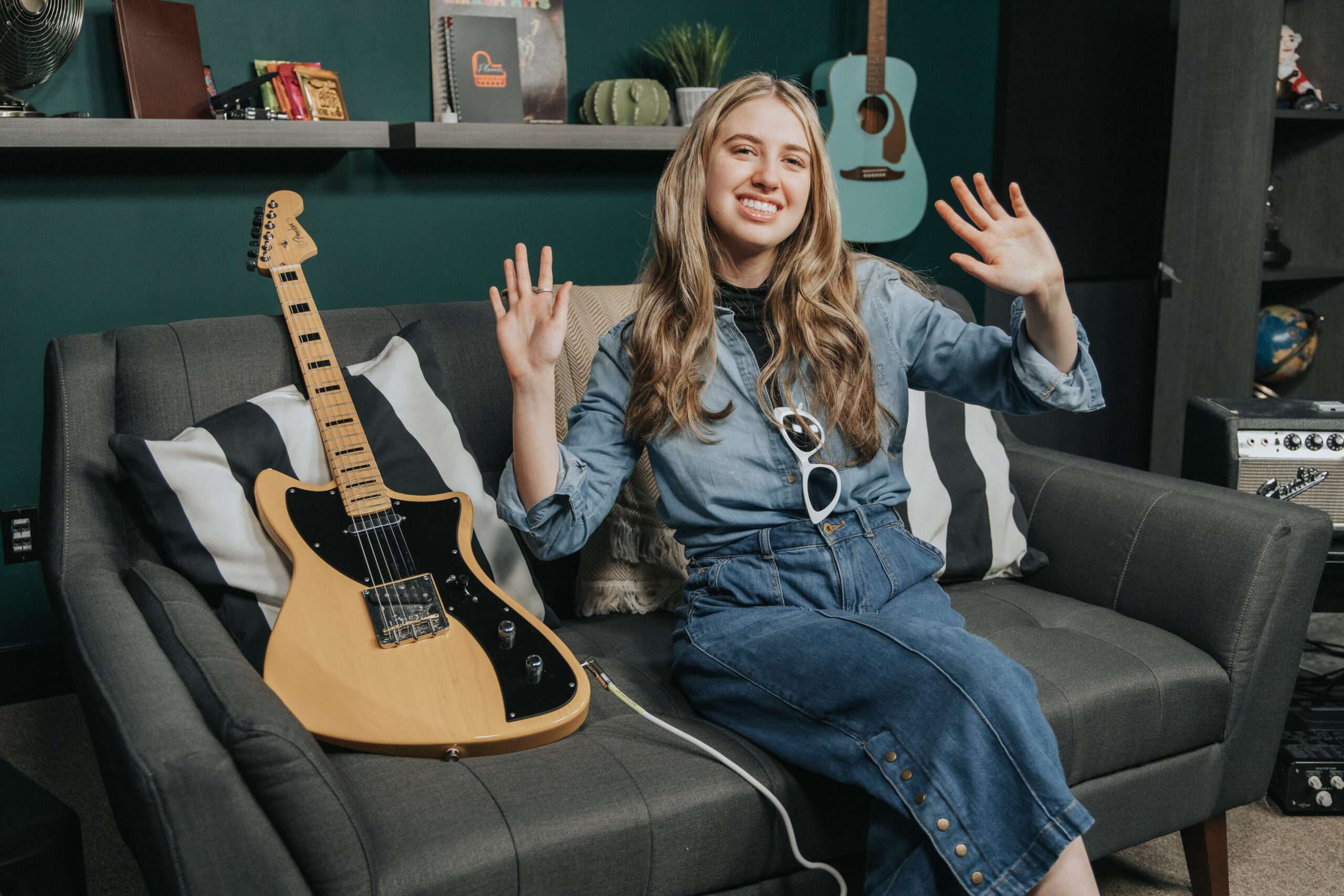 Everyone faces his or her own unique set of challenges when learning to play the guitar. Some struggle with synchronizing their strumming hand with their fretting hand while others can’t seem to stretch their fingers far enough when playing chords. But there’s one topic where almost every guitarist faces adversity: the F chord.

The F major chord is a particularly challenging chord to play on the guitar because it requires you to make a bar or mini-bar (we’ll get into this later), which makes it hard to execute cleanly. In this guide, we’ll be tackling the dreaded F major from just about every angle so you can master this unruly chord.

Why Is The F Chord Important?

Before we get into learning how to play the F major chord on the guitar, we need to talk about why this chord is so important. The F major chord is the fourth chord in the key of C major. The key of C major is one of the most commonly used keys on the guitar. This is because all the other chords in the key or easy to play and also because the key has no sharp or flat notes in it making it easy to use to learn music theory.

With that being said, let’s get into the first and most common version of the F major guitar chord.

How To Play The F Chord with JustinGuitar

Let’s begin by learning the full F major bar chords shape. Yes, this is a bar chord. A lot of players avoid bar chords for as long as possible when first starting out, but beginning to develop the strength and dexterity for these chords early on just puts you a step ahead of the rest. Here’s the shape:

This shape is the one you’ll be using the most long term but it can pose quite the challenge. Your best bet is to work on it while you also make use of some simplified versions of the chord as well. Then over time, this full bar chord F shape can take over the alternatives.

When it comes to playing bar chords there are many tips for improving at them. We suggest you take a look at our Bar Chord Survival Guide for an in-depth walkthrough on all things bar chords.

Finding the F major bar chord to be a little tough? No problem. We can remove a couple of notes from the bar chord to make it easier to play. To play this shape you’ll need to use a mini-bar on the first two (high E and B) strings. Here’s what this shape looks like:

You might notice that this chord isn’t exactly easy to play either. The key to playing this shape is hand position. If you have any bad technique habits you’ll struggle to make all the strings ring out effectively.

Pull your elbow into your body and place your thumb on the back of the neck. Take a deep breath and release all the tension in your body as you breathe out. Position your fingers and squeeze down on the strings using the proper technique. Look at your fingers and make sure they are coming straight down on the strings. You want to make sure none of the fingers are touching any adjacent strings and stopping those strings from ringing out.

And just so you know, these technique tips are helpful for playing any chord. If you find yourself struggling with a different chord in the future, be sure to come back here!

This smaller F major chord is not going to sound quite as full as the F major bar chord. Most of the time, that’s okay. But if you want to make the whole full sound of the F chord you’ll need to learn how to play the bar version.

If you know anything about how guitar chords are made, then you’ll know that a major chord consists of just three notes. The root, a major third, and a perfect fifth. Many chords we play on the guitar are simply repeating these three notes across a few octaves. So if we strip away all the extra supporting musical information, we can play a chord with just those three essential notes.

With the F major chord, we’re playing the notes F (root), A (major third), and C (fifth). These three notes make up what we call an F major triad. You can find this triad shape in a few different places within the full chord shape but the most useful one looks like this:

This shape is incredibly easy to play because your hand naturally already sits on the strings in this position. You can see from the chord diagram above that the three unused strings will need to be avoided or muted when strumming.

The amazing thing about this little triad shape is that it’s totally moveable! That means you can move this shape around the neck to play other major chords. This can really help you to move around the fretboard with some purpose. Just pay attention to the note name that the root (black) note lands on and you have the name of your major triad. If you move this shape up to the 7th fret, then the black note will be an A note – making it an A major triad.

To play this chord shape, we’ll make the F major triad shape you learned earlier but allow the high E string to ring out. Doing this adds an E note to the chord. E is a major seventh above F and adding this note makes our F major and F major 7. Here’s the shape for you:

An F major 7 chord can be played in place of a regular F major chord in many cases. This is especially the case in the keys of C major and F major because they both contain E notes naturally. That allows this chord to fit into those keys diatonically. If you’re playing an F major outside of those keys, an F major 7 won’t always sound right. Use your ears and if it sounds right it is right.

The last alternative we have for you is a little bit unconventional. Playing over the top of the fretboard with your thumb allows you to have a little more flexibility with the rest of your fingers. A good way to think of it is as a fifth finger that can only be used to fret the low E and A strings.

To use this technique you’ll need to switch up your fretting hand grip a little bit. Instead of placing your thumb on the back of the neck while you chord, you’ll need to grab the neck like a baseball bat. This allows your thumb to come over the top and reach those thicker strings.

Be sure to check out the video to get more tips and tricks for this alternative bar chord technique.

In this lesson, Ayla Tesler-Mabe shares 5 easy songs for beginners on the guitar. You’ll learn how to play American Girl by Tom Petty, Bad Moon Rising by CCR, Hotel California by The Eagles, Like A Stone by Audioslave, and Little Lies by Fleetwood Mac. There are even downloadable PDF chord charts available for you.

Here’s a lesson from Nate Savage that focuses entirely on tips and tricks for changing between simple guitar chords. Practice along to the downloadable MP3 jam track so you can master your chord transitions while having fun on the guitar.

Want To Go Beyond Beginner?

Have you ever thought about what it takes to take your guitar playing to that next level? In this lesson Ayla teaches you about the 3 big things you need to be focusing on to graduate from your beginner status on the guitar.

Andrew Clarke  /  Articles
The Ultimate Beginner Guitar Chord Guide
In this guide, Ayla teaches you all the essential chords so you can play your favorite songs and write your own music.

Andrew Clarke  /  Articles
A Guide To The CAGED System On Guitar
The CAGED system uses repeating open chord shapes that ascend (and descend) the guitar neck. In this beginner guitar guide, we’ll be dissecting this primary method of guitar fretboard navigation.