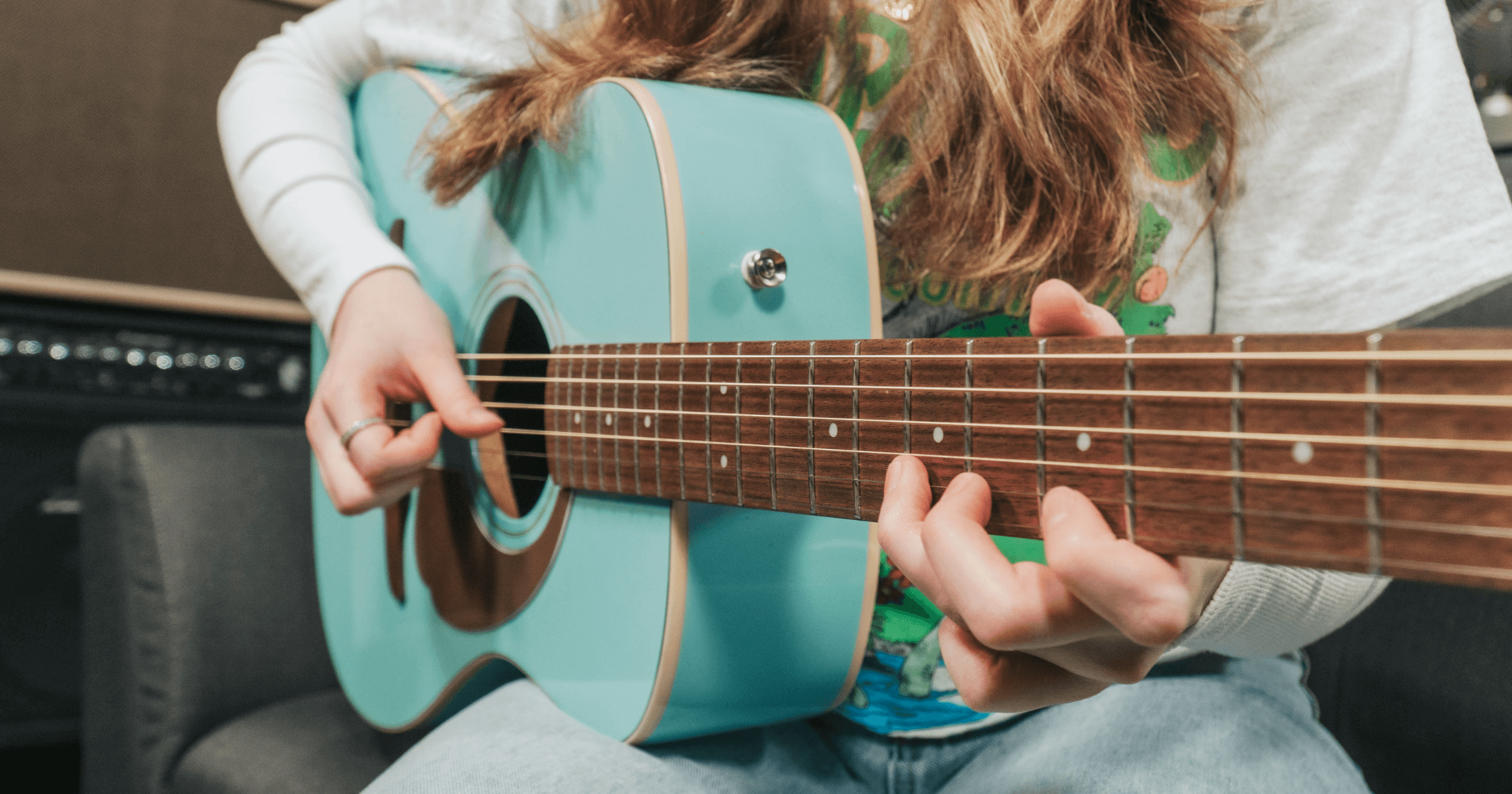 Have you ever wanted to understand why some guitar chords sound good together while others don’t? Well, you’ll find the answer with just a little bit of music theory. In this guide, we’ll be looking at the essential music theory concepts for guitar players.

Music theory happens to be a bit of a controversial topic within the guitar community because a few famous players have been able to get by without it. However, using guitar TABs and copying your guitar heroes will only get you so far. But when you’re done with this crash course, you’ll understand how guitar chords are made, how different chords fit together in a song, how guitar scales are made and why they’re important, how to write your own songs, and how to journey down just about any other creative avenue you choose.

And if you’re brand new to theory, don’t worry! We’ll assume you have no prior music theory knowledge and cover all the essential music theory concepts every guitar player needs to know.

Pitch Within An Octave

The first thing you need to know about music theory is that notes move in a repeating circle. Every time the circle completes, you complete an octave. An octave is the same note, just higher or lower.

Since we’re all guitar players here, we can see an example of this by looking at our E strings. Your lowest and highest strings on the guitar are both the same note, just two octaves apart. Make sure your guitar is in tune and play them at the same time. You’ll hear that the notes don’t clash at all. They are in perfect unison.

To better illustrate this concept, let’s pull up a piano. Notice how the E notes repeat as you go up or down the keyboard.

Our next step is to divide up our octave into 12 even spaces. Each of these pitches represents a different note in western music. All the music we listen to is made up of different combinations of these 12 notes.

When you look at the piano, any two keys right next to one another (either white or black) would be considered a half step apart. If you skip a key (white or black) in between two notes, then they are a whole step apart.

Piano players have to deal with white and black keys, but as a guitar player, it’s much easier to see whole and half steps. A half step is just one fret up or down. A whole step is two frets up or down.

At this point, you’ll have noticed that we’ve used letters to name our notes. These letters are part of something called the Natural Musical Alphabet. This alphabet starts with A (surprise, surprise!) and ends with G. After the G, you come back to the beginning and have an A.

To understand sharps and flats, there are a few symbols you’ll need to know:

Natural refers to one of the notes from the natural musical alphabet. It’s pretty rare that you’ll see a natural symbol since no symbol at all will imply the note is natural.

If we look at our piano again, we’ll see that the black keys represent the sharp/flat notes between our natural notes (white keys).

One of the most challenging beginner music theory concepts to remember is the BC and EF rule. This rule dictates that there is only a half step between B and C notes and E and F notes. Meaning there is no such thing as a B sharp, C flat, E sharp, or F flat note.

This is something you probably noticed when looking at the piano since there is no black key between B/C and E/F.

Now it’s time to take a look at how the keys of music are made. As we learned earlier in this article, music is made up of twelve notes. But you can probably guess that just throwing all twelve of these notes around isn’t going to result in anything too musical.

That’s where the Major Scale Formula comes in. It’s a simple pattern made up of whole steps and half steps to reduce our twelve notes to seven. These seven notes make up a musical key. Here’s the pattern:

Let’s try applying this formula to our piano. Whichever note we start on gives us the name of our major scale. So if we start on a C note and apply the pattern, we’ll get a C major scale.

Let’s do it again, but this time we’ll start on a G note to make a G major scale.

Try this out yourself with a few different scales. Start on any note you like and apply the formula. You can even start on a sharp or flat note!

Major & Minor Chords In A Key

The final guitar music theory concept in this lesson video has to do with finding the major and minor chords within a key. The scale that you make using the major scale formula is more than just a scale, it also tells you all the chords you can use in the key. That means that playing any of the chords together from that key will sound good and technically “work”.

We use a different formula for this that’s just as important to memorize. This one doesn’t have a catchy name but is very straightforward. To start, you’ll number each note in the scale. If we are using a C major scale, then C will be 1, D will be 2, E will be 3, and so on.

Then each number will be either major, minor, or diminished. Once you’ve matched each note with its corresponding number, you’ll know all the chords within a key.

So in the key of C major, our chords would be:

For the most part, you won’t use the diminished chord. We’re only adding it here so you have a complete understanding and you won’t use it in the vast majority of chord progressions.

Now that you’ve got the process down you can practice it with other keys. Some other popular keys for the guitar are A major, D major, and E major. If you want to challenge yourself you can even try it with a sharp or flat key!

That’s it for the concepts from this video lesson. To wrap up this crash course, we’ll take a look at one more important musical system that will help you learn songs, write your own songs, and collaborate with other musicians.

The Number System, sometimes called the Nashville Number System, is the way most musicians communicate chords within a key. You’ve already started learning it in the last lesson. It just involves giving each chord in the key a number.

This system is particularly good if you’re working with a singer (or you’re a singer yourself) and you need to make a song higher or lower to better fit your voice. It allows you to quickly find the corresponding chords in the new key.

Let’s look at some examples. We already know the chords in the key of C major and their corresponding numbers. One of the most common chord progressions is a 1 – 4 – 5. Here’s our list of chords in C major:

And that’s really all there is to the Nashville Number System. Be sure to watch the above video to get an even more in-depth explanation of the system. Once you start thinking about music this way you’ll open up a whole new world and find it easier to play in a band, play songs by ear, and write your own music.

Here are a few lessons we think you’ll like!

Music Theory Is NOT Scary!

Nate Savage and Chelsea Amber use popular songs you already know to learn more music theory concepts. Check it out if you’d like to continue diving deeper into guitar music theory.

Navigating The Fretboard For Beginners

Fretboard navigation goes hand in hand with music theory for guitar players! In this lesson, Ayla Tesler-Mabe will teach you how she approaches learning the fretboard. There’s even a downloadable PDF Fretboard Chart!